Some 600 student, their parents and teachers have delivered a petition against plans to reorganise secondary school education in Powys.

Many schools in this position utilise wristbands as a visual way to raise awareness and support. 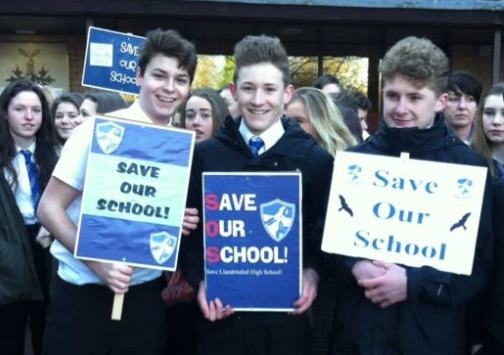 The Powys cabinet intends to replace schools in Brecon with a new English secondary school.

Councillers stated that three schools were in 'special measures' and it had to take action for the sake of our learners.

A full consultation was voted to be carried out by the cabinet.

Deputy mayor Williams said the council's figures did not add up. "We have got the full backing of the towns folk & the business people because if the high school was to shut and move to Builth Wells it would have a knock-on effect" he told BBC News.